Posted by Matthew Lawson on Feb 20, 2017 under Funny, Tattoo News

ONE MAN had the ultimate regret after waking up after a Hangover-style bender to find he had got the words “Party 2 Impact” tattooed on his eyelids.

The daredevil base jumper from Melbourne, named only as Jay, had the daring inking put on his eyes after a three-day drinking session in Mexico with two friends. 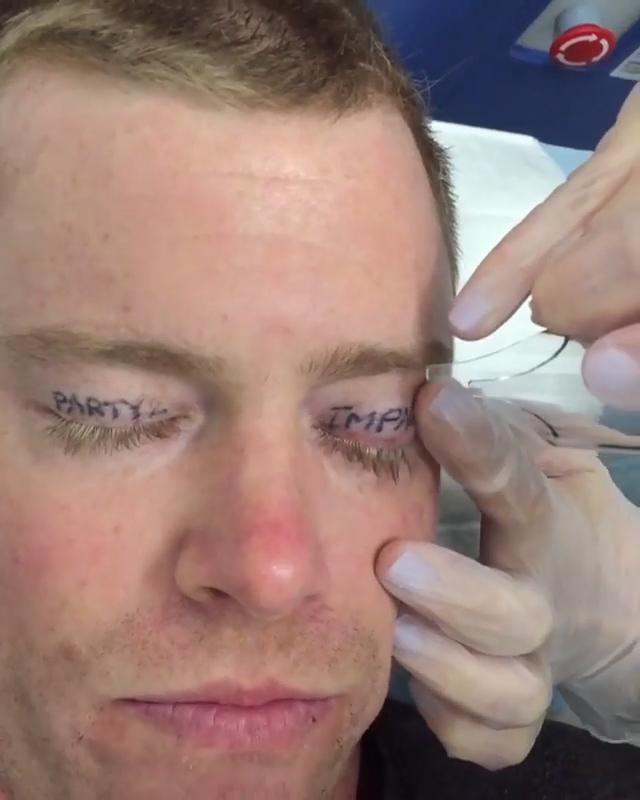 Check out the rest of the story on Thesun