When 29-year old Bernard Johnson takes off his shirt and reveals his new tattoo, it's a common thing for people to stop and stare.

Six months ago, Johnson got a tattoo to pay tribute to his all-time favorite TV show, "Law & Order: SVU."  His tattoo reads: "Executive Producer: Dick Wolf," which can be seen at the end of every show in the credits. 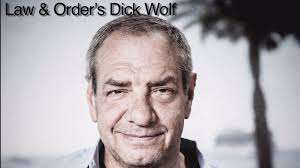