Chance the Rapper just took home the Grammy for Best Rap Album, and gave an impassioned speech that shouted out DJ Drama, SoundCloud, and his independent status in hip-hop. 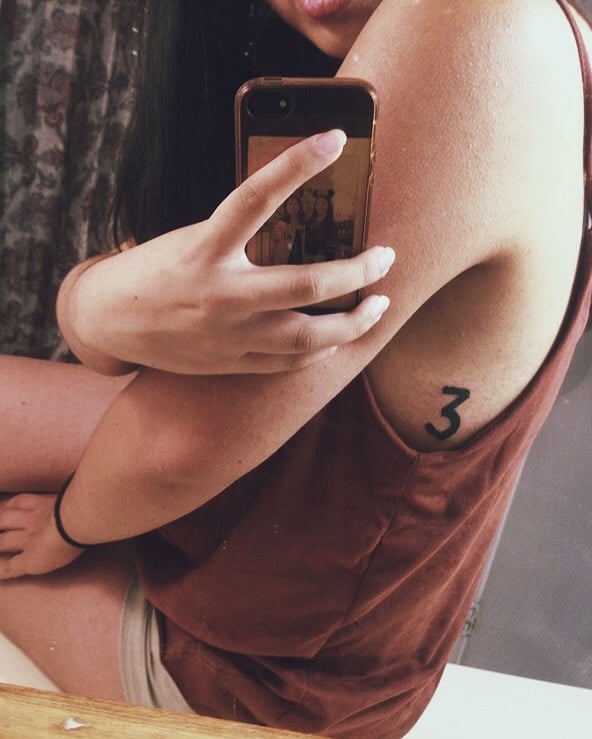 '3' (Chance The Rapper inspired) tattoo done by B at Mainland Ink Tattoo from user Angelica F.